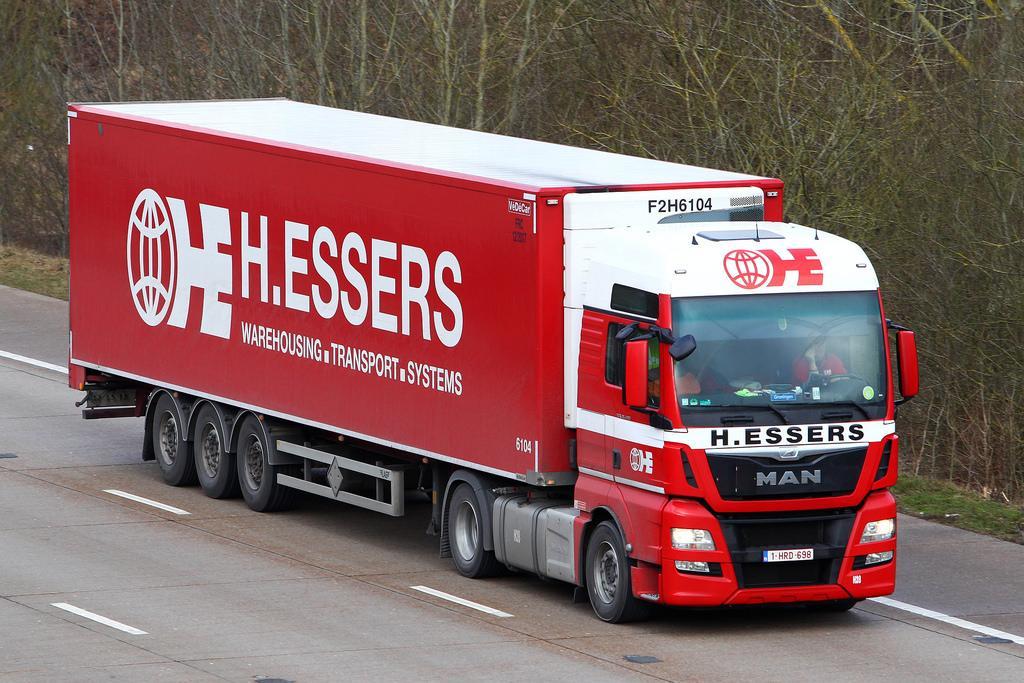 “The need arose to optimise the entire working method. Switching to a digital tool seemed to be the best solution.”

A digitalisation process within a company makes itself felt in every department, including the legal department. The company lawyers at logistics company H.Essers explain how switching to legal software made their work more efficient.

• H.Essers is a Belgian transport and logistics company with customers all over Europe.
• In the context of a company-wide digitalisation, the legal department was looking for a tool to optimise the workflow of the lawyers.
• They chose to implement the software platform from Knowliah, a legal tech player known for its AI applications.
• The results have not gone unnoticed: time savings for the lawyers, improved cooperation and less paper consumption.

H.Essers is a logistics service provider with transport and logistics solutions throughout Europe. With a fleet of over 1,400 lorries and 3,400 trailers, they serve a wide range of companies in the chemical and pharmaceutical markets, among others. To support these activities and to continuously take its customer service to a higher level, H.Essers puts a lot of effort into innovation and digitalisation. With this in mind, the legal department has recently started using a new software platform.

H.Essers has experienced a strong growth in recent years. This is accompanied by new challenges, which can also be felt in the legal department. Not only did the department grow proportionally to the company, but their files also experienced an increase in complexity and diversity.
In addition to the regular tasks of the legal department, i.e. corporate housekeeping (the fulfilment of legal obligations of companies, such as the organisation of annual meetings),this resulted in an increased workload. The legal department at H.Essers has always organised itself very efficiently, and in order to be able to continue to do so in the future, switching to a digital tool seemed the appropriate solution. H.Essers’ lawyers had some specific requirements: on the one hand, they wanted to make certain contracts selectively available and, on the other hand, they wanted to work as paperless as possible.

Centralized software as a solution

The combination of both requirements was reflected in the software solutions from Knowliah, a legal tech company from Boortmeerbeek. Their software combines file management and contract management with a system for managing company information, all three priorities for H.Essers.
Thanks to the platform, the legal team always has a clear overview of current projects, while they have all the details of a particular case or company immediately available. Manual searches for data, e-mails and documents are therefore a thing of the past.

An additional advantage is the fact that the Knowliah platform adds relevant information to the documents: all the information that is stored in it, is automatically contextualised in the background. For example, the software recognises whether a particular document is an invoice, e-mail, contract, complaint or certificate. In addition, extra data is added, such as an expiration date, the procedure of the corresponding client, for which lawyer the document is of interest and much more. Meanwhile, the platform takes into account laws such as GDPR and privacy regulations.

From workshop via test phase to migration

H.Essers put together an internal project team, consisting of employees from both IT and the legal department. At the start of the project, Knowliah organised a workshop to find out where the needs were. The platform was then set up and optimised, followed by a test phase. And last but not least, the migration of the documents took place and users received training on the use of the platform. For the end users, this transition from paper to digital took some time getting used to, but in the meantime the platform has become fully established.

“The end users had to get used to this transition from paper to digital, but in the meantime the platform has become fully established.”

Migration takes the most time

The migration did not go without a struggle. The reason why it was slightly more difficult is that only limited meta-data (i.e. data that tells more about a document) was available. Before H.Essers used a software tool, documents were simply stored. This resulted in extra work in which all possible information fields in the platform had to be filled in manually. As a large number of documents were involved, this phase took some time. It was a difficult task, but it was essential in order to be able to use the software optimally afterwards.

Workflow is in line with legal best practices

Was it worth it to H.Essers’ lawyers? Yes, it was, especially with a view to the bigger picture. Knowliah’s workflow fits in seamlessly with the best practices in the legal world. For example, you have to adapt a document by downloading it, adapting it and uploading it again. This way of working is a bit more cumbersome than working with a shared file or an updated Word file, but it is much more reliable for a lawyer. This way, the documents and adaptations are easier to trace, which is crucial in a legal matter.

When switching to a software tool, time saving is almost always one of the most visible results, and that was also the case for H.Essers. For them, the saving lies mainly in the joint file management by various team members. Not one lawyer is responsible for a file, but several employees have access to it. This is particularly useful for complex, international dossiers and, of course, also during absences due to illness or leave of absence. The legal department also saves time because team members can easily work on the delivered work of colleagues.

“Not just one lawyer, but several employees have access to the files, which is particularly useful during absences.”

The lawyers at H.Essers hope to feel the time savings even more strongly in the future as their files become even more complex and international.

In the meantime, the platform has become established in such a way that the legal team is ready for a further roll-out to other departments. The aim is to make read-only versions of contracts more widely available, in order to facilitate access to documents, reduce the workload for the legal team and, at the same time, increase control over the distribution of documents.

In addition, the legal department is brainstorming with the finance department over how they can centralise the management of permanent files (e.g. group companies) in Knowliah.

About H.Essers
H.Essers operates in 73 different locations in 17 countries and has over 6,500 employees. The head office in Genk is supported by a second home base in Romania. In 2018, the company had a turnover of € 679 million.

About Knowliah
Knowliah has been established as a software company since 1999 and won the Best Legal Tech award at the Trends Legal Awards in 2018. Their platform is used by lawyers within companies as well as by lawyers at home and abroad. Knowliah is recognized as one of the representative providers worldwide in the Market Guide for Enterprise Legal Management Solutions, published by Gartner in October 2019.